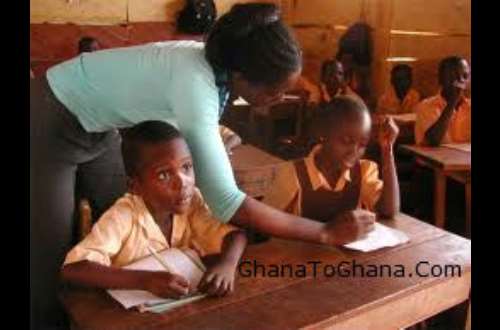 Share
Mr Kwesi Adu Gyan Bono East Regional Minister has announced that over one thousand basic school girls in the Region are to benefit from ICT flagship programme from April this year.

Mr Gyan mentioned that the young girls in public basic schools would be introduced to and trained in basic Information Communication and Technology, (ICT) skills, including coding under the Ministry of Communications and Digitalization’s flagship programme, dubbed “Girls-in-ICT”.

He made the announcement at an inception meeting during the weekend in Techiman the Bono East Regional capital on the upcoming training slated for 11th to 22 April, 2022.

“The Girls in ICT (GIICT) programme was introduced in 2012 by the International Telecommunications Union to create a global environment that empowers and encourages girls and young women to consider studies and careers in the growing field of ICT”, he stated.

Mr Gyan said since its introduction, over 500,000 girls and women worldwide have benefitted from this initiative. The training in coding will give the girls the opportunity to explore the world of technology through the creation of websites, computer games, interactive arts, mobile apps and animation stories, using various programming languages.

He noted that as part of strategies to ensure that Ghana achieves the Sustainable Development Goal (SDG) 5 and Ghana’s ICT for Accelerated Development Policy (ICT4AD) on bridging the gender digital divide, the MoCD, through its agencies –the Ghana Investment Fund for Electronic Communications (GIFEC), National Communications Authority (NCA).

Madam Ama Pomaa Boateng, Deputy Minister for Communications and Digitalization noted that the Sustainable Development Goals (SDGs) agenda cannot be achieved if girls and women are left out of the IT industry. According to the Minister, the drive to achieve that inclusiveness is what necessitated the training of these young girls.

Gyan, described the move by the Ministry of Communications and Digitalization and its partners as timely. According to him, many young girls are faced with numerous challenges in the digital environment, indicating that the girls would be introduced to scratch and basic structures of programming applications, after which they participate in a competition.

He added that the competition is expected to test the depth of knowledge and ICT skills acquired during the training period, including website design, development of games, coding and simple ICT applications.

The Regional Minister disclosed that since its inception, the programme has been funded entirely by the MoCD, NCA and GIFEC, with some support from network operators and the American Tower Corporation (ATC).