Home / GENERAL NEWS / Why Anas is trending on Twitter 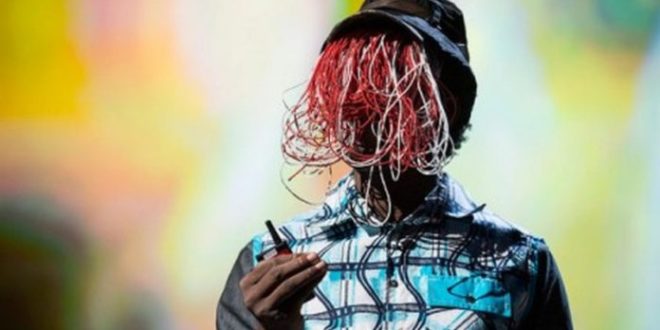 Ace Ghanaian investigative journalist, Anas Aremeyaw Anas, who has been on the low for months, is currently trending on Twitter.

This comes a few hours after Speaker of Parliament, Alban Bagbin, blamed the woes of Ghana football on the dismissal of former Ghana Football Association (GFA) boss, Kwesi Nyantakyi.

Mr Nyantakyi was dismissed and banned from football-related activities after he and other officials were indicted in Anas and his Tiger Eye PI’s Number 12 expose’.

The documentary, which was premiered on 6 June 2018, highlighted the level of corruption in football and among football administrators in Ghana.

Many commended the team on the work done though the documentary shook the foundations of the nation.

But according to the Speaker, the removal of Mr Nyantakyi, who he argues was the brightest spot in African football brought down the game in Ghana.

Speaking after swearing in newly elected executives of the Parliamentary Press Corps, Mr Bagbin revealed FIFA executives at a meeting questioned why Ghana had to do what it did to Mr Nyantakyi who was a colossus within their rank.

However, some netizens have questioned if Mr Bagbin sought to say Anas did not help the country with the work and should have allowed the rot to continue.