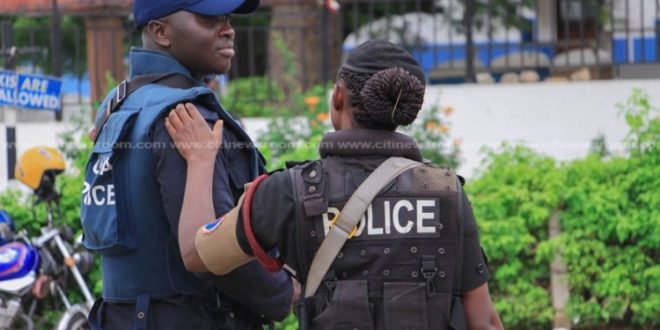 To him, these officers for fear of being stigmatised will rather keep issues to themselves and resort to taking their lives to end it all.

“Sometimes these officers refuse to share their problems because they feel they will not be heard and as a result keep it to themselves and fail to discuss their issues with their superiors and then end up taking their lives. Most of them are going through a lot and having mental health issues,” he said.

He said these officers also commit suicide just to end their problems because they have access to deadly weapons which are meant for their work.

Losing three of its officers within three weeks, not to covid-19 but suspected suicide, there have been calls for a sense of urgency to be attached to investigations into those deaths and possible remedies found to the situation.

On January 30, 2020, the Half Assini District Police Commander, Superintendent of Police (SP) Cyprian Zenge died in circumstances suspected to be a suicide.

Barely before investigations had started into the death of the Half Assini District Police Commander, news of the death of another police officer broke in less than 24 hours.

Asked by show host if curses also account for suicide, Supt Bampoe said being in the service for close to 40 years, he cannot authenticate that.

He, however, gave an instance where he was cursed by some people who later came to apologise.

“I believe your integrity matters when it comes to our service. Sometimes if you offend someone, and they decide to curse you, it may affect you but if your integrity is good, then trust me, nothing will happen. I remember one time I was cursed by people because of some issues but they later came to beg me and I made them go and so I don’t think the curse is a factor,” he said.

Previous Peugeot to open car assembling plant in Ghana
Next LIVESTREAMED: Ghana VS Tanzania (U-20 Africa Cup of Nations)