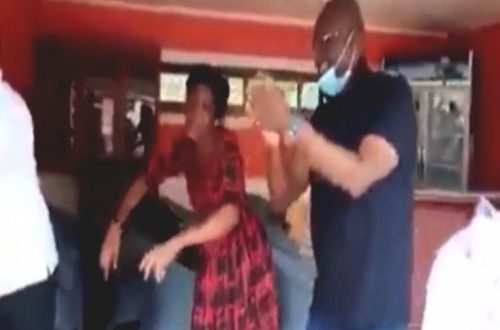 WATCH VIDEO: How Ken Agyapong celebrated his victory after the Supreme Court ruling

Share
Hon. Kennedy Agyapong will not be appearing before Justice Wuni, same judge whose ruling over the land case involving the MP and another man got the MP to insult him.

Lawyers of the Member of Parliament filed a case at the Supreme Court where they argued that Judge could be bias should he sit on the contempt case because he’s shown hostility towards them.

Justice Wuni on the other hand argued that nothing bars him from sitting on the case.

This afternoon the Supreme Court ruling came out and it went in favor of the legal team of Kennedy Agyapong.