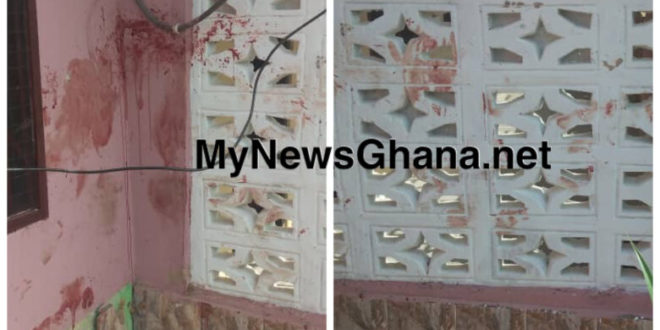 Around 3:00 am yesterday, a group of armed men invaded the house of the former District Chief Executive (DCE) who is currently the Parliamentary Candidate for the National Democratic Congress (NDC) in Amenfi East Constituency, forcefully attempting to enter his room.

Thanks to the timely intervention of neighbors and relatives of the Parliamentary Candidate, one of the said armed men was apprehended and is currently aiding the police in investigations.

The National Democratic Congress (NDC) in Amenfi East is appealing to the Ghana Police Service especially the Wassa Amenfi East Police Command to investigate this matter to the latter and make sure the perpetrators do not escape the laws of the land. Additionally, It is appealing to civil society to speak up against the increasing rate of lawlessness and the rising insecurity rate in the country.

According to a release available to MyNewsGhana.net and signed by Raymond Ebbah, a youth organizer of the party, It would like to clear the mischief being propagated by some persons that this sad and dangerous occurrence is a staged one. ‘That scurrilous allegation should be treated with the contempt it deserves’.

The release continued that, Hon. Nicholas Amankwah is safe and poised for victory 2020 to deliver to the good people of Amenfi East, the development that we have been yearning for. However, It is appealing to all well-meaning constituents to continue to remember Hon. Nicholas Amankwah and his campaign team in prayers.