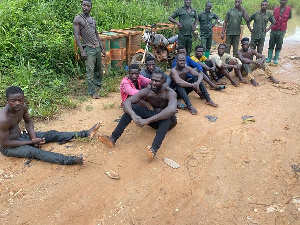 This is after a video sighted by GhanaWeb showed a group of uniformed men arresting the nine suspects and also burning down their equipment.

Speaking in an interview with GhanaWeb, the DCE said that the persons were caught red-handed by a task force set up by the assembly.

“The suspects were arrested as part of the Amansie South Security Council operation which was started today… It is going to be for the whole month. Probably if we are unable to clamp them down, we will continue next month. We are not stopping until they stop,” Opoku Gyamfi said.

He added that the task force had handed over the suspects to the police for further investigation.

Opoku Gyamfi also confirmed that the task force burnt the equipment that was used for the galamsey as seen in the video GhanaWeb sighted.

“We burnt the equipment because we couldn’t have conveyed them to the district assemblies, we don’t have the means. They dredged the equipment deep in the river, so you cannot move it. So, the only option is to burn them. And that is going to be the policy, any time we catch people doing illegal mining on the river bodies we are going to burn their properties, make an arrest, send them to the police station and the police will take over,” he explained.

He noted that the task force burning down the equipment will not affect the investigation by the police.

Water the videos plus pictures from the arrest: 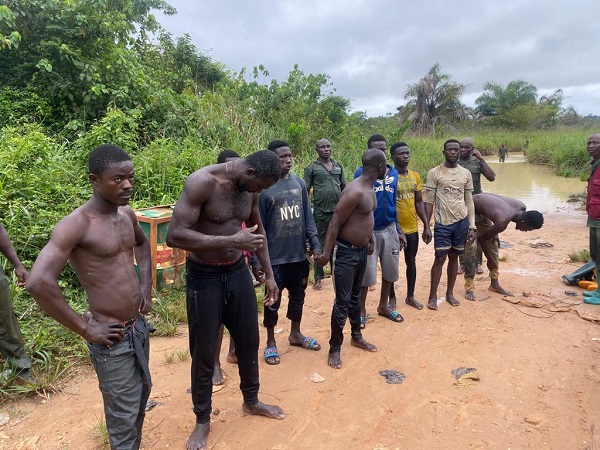 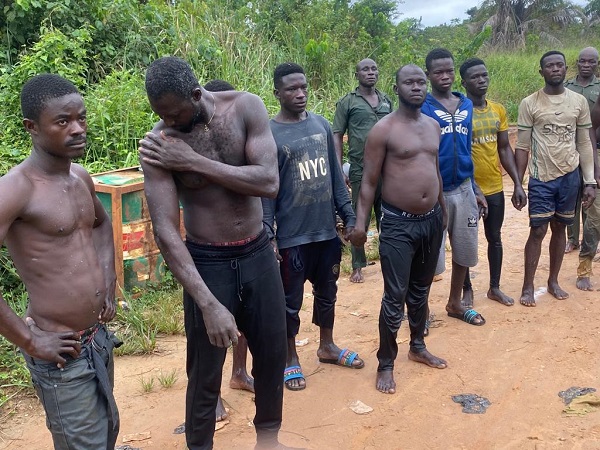 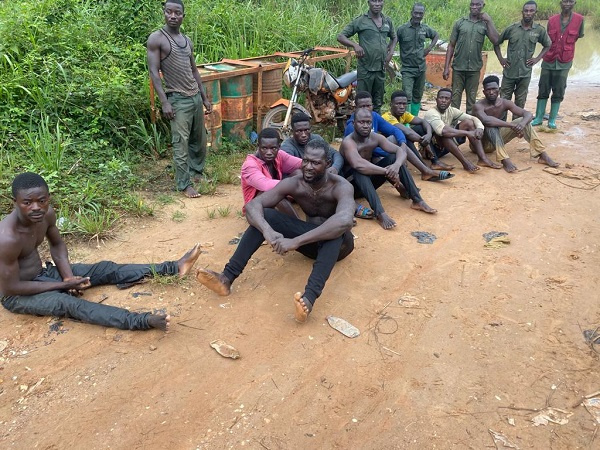 Previous Esther Cobbah Is GOWA @ 5 Woman of the year
Next All the details about Aisha Huang’s re-arrest, remand