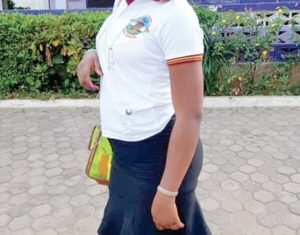 Residents of Gblaka, near Doryumu in the Shai Osudoku District in the Greater Accra Region were last Tuesday morning thrown into a state of shock when the lifeless body of a 20-year-old woman was found in the town.

The body, which has been identified as that of Miss Juliet Obu, a bar attendant, was lying in a pool of blood with several deep machete wounds on the neck and other parts.

Some residents, who spoke to The Mirror, said they were woken up on Monday, January 11, 2021, at about 10 p.m. by a high-pitched cry for help but could not find exactly where it was coming from.

Residents, who last saw the deceased, said she was in the company of a young man suspected to be her boyfriend some few minutes before she was found dead.

However, the young man is yet to be found.

The residents said they could not phantom what could trigger hatred of the young woman who many described as lively and friendly.

Others suspected it could be as a result of a relationship that went bad.

She said a team of police personnel proceeded to the scene of the crime at Gblaka and saw Juliet’s body.

Chief Inspector Dzakpasu said the body of the deceased was conveyed to the Police Hospital morgue for autopsy and added that no arrest had been made yet but investigations had been opened into the murder.