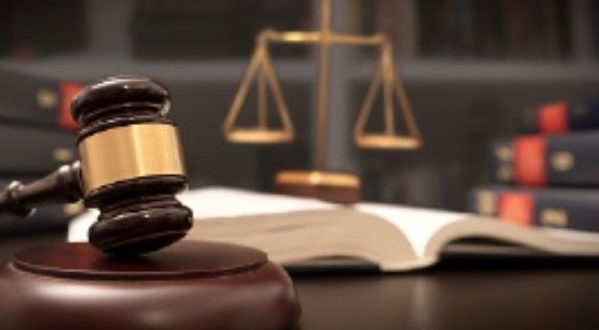 Share
Two men who robbed a businesswomaof her bag and inflicted cutlass wounds on her right hand in Cape Coast have been sentenced to a total of 65 years in prison by a Cape Coast circuit court.

The convicts, Daniel Bentum, a 33-year-old driver, who had already served a 15-year prison term for a similar offence, and Stephen Dadzie, aka Rasta, a 23-year-old receptionist, were handed 45 years and 20 years, respectively.

The court, presided over by Mrs Dorinda Smith Arthur, found them guilty of the offences of conspiracy to commit robbery, robbery and causing harm.

Three other accomplices, Justice Nkrumah, aka Appiah, Joseph Appiah, aka Shakiki, and Nana Amoah are, however, on the run.

The judge, in delivering her verdict, said she considered the physical harm to the victim using offensive weapons and the prevailing trend of robbery in the region.

Prosecuting, Detective Chief Inspector John Asare Bediako said Bentum lived at Amosima near Cape Coast, Dadzie at Saltpond, while the complainant was a resident of Pedu Africana in Cape Coast.

He said on May 28, 2020, around 2030 hours, the complainant was driving home from work during a downpour and on reaching Pedu Africana Junction, about 30 metres from her house, she spotted Bentum standing beside a taxi.

The complainant drove past the taxi and as soon as she pulled up and stepped out of her car, she was attacked by Bentum and Dadzie with a cutlass, slashed her right hand and bolted with her bag containing her passport, National Health Insurance Card and an unspecified amount of money.

She was rushed to the Cape Coast Teaching Hospital by some witnesses and later reported the case to the police when she was discharged.

He said on June 18, 2020, Bentum and Dadzie with their accomplices on the run, went to Saltpond for a similar operation but were apprehended and handed over to the Regional Criminal Investigations Department in Cape Coast.

Bentum told the police that he was contracted by his accomplices and later led the police to their houses at Yamoransa and Moree but they were nowhere to be found.