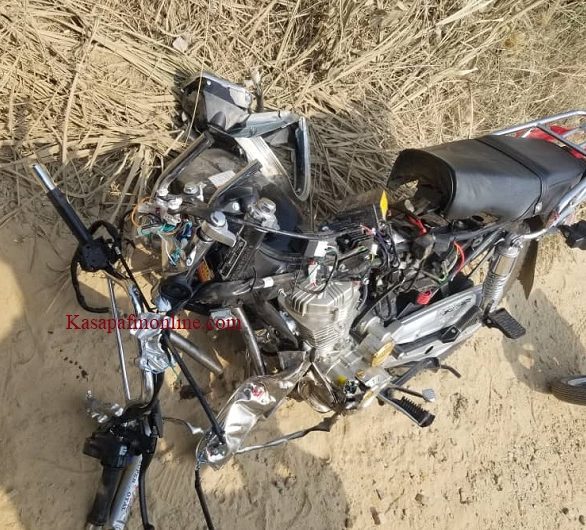 Three persons on motorbike crushed to death at Asuboi

A long vehicle truck has crushed three persons on a motorbike to death at Asuboi a Community along the Accra to Kumasi Highway.

The accident occurred Saturday at about 4:00 am.

The deceased persons including a final year Junior High School student were returning from a funeral wake-keeping at Ayeh a nearby community.

Information gathered indicates that the motor rider overtook the truck at the pedestrian walkway but toppled over after crashing into a stone forcing the motorbike to crash in front of the truck which run over and killed all three male victims instantly.

Nana Ohene Kwadwo Kyidomhene of Asuboi told Kasapa News “the victims are all from Anom a suburb of Asuboi. Two of them are siblings while the other is a cousin of a fetish priest in the community. One of the victims is a JHS final year student preparing to write his final exams”.

Road crashes killed a total of 342 passengers in the Eastern region from January to July this year.

Crashes that involved private cars claimed 50 lives while 54 pedestrians were crushed to death.

Tags Asuboi at crushed DEATH MOTORBIKE on PERSONS three TO