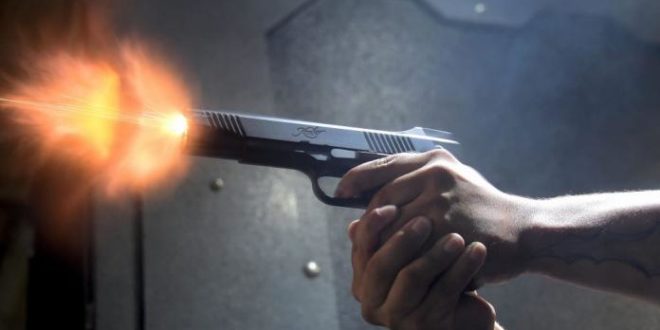 Three, including a year-old child in critical condition after rival’s shooting spree

A man, believed to be in his late 40s, is feared dead after his alleged rival shot him at Gomoa Akotsi.

The incident happened just behind Gomoa Akotsi durbar ground in the Gomoa East District of the Central Region.

Confirming the incident, Ojobi Police command explained the suspect carried out the act upon information his wife was allegedly secretly married to another man.

Although divorce proceedings had begun, the two were still legally married.

It was also gathered that the man raided their home at dawn and registered two bullets in the head of his rival, but did not harm the woman in any way.

A neighbour, Kofi Atta, also narrated how the man also allegedly shot another tenant and her one year-old baby for witnessing the shooting.

Landlady of the now turned crime scene, Efua Bronii was shocked to the bone, adding that the victim rented the room barely three days ago.