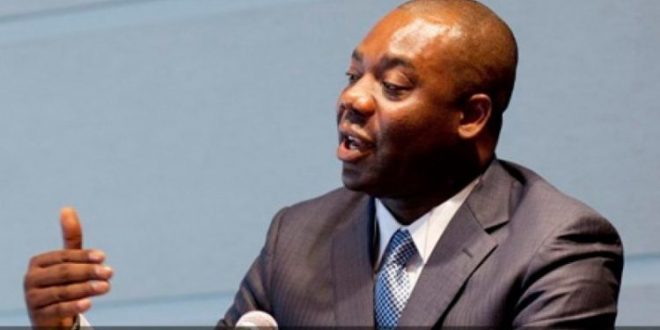 Education Minister, Dr. Mattew Opoku Prmepeh is cautioning indigenes of Juaso in the Asante-Akyem South Constituency of the Ashanti region to desist from voting for former President John Mahama whom he described as a “Mortuary Man”.

According to him, the former President has nothing to offer them as he will return the nation to where President Akufo-Addo took from and transformed things.

“You people of Juaso who wrote your names to vote in December, don’t vote for John Mahama, since he will become a “Mortuary Man”, Dr. Opoku-Prempeh warned.

“If you want roads and schools and not mortuary, then vote for President Akufo-Addo, he emphasized.

According to him, President Akufo-Addo will continue with the fine work he has executed so far.

The race for the December elections is becoming keener with every passing day as both members of the party, particularly the leadership continue to campaign across the country.

Former President of Ghana, John Dramani Mahama has been heavily criticized for promising to build morgues for the Zongo communities across the country.

The New Patriotic Party has said that unlike John Dramani Mahama who thinks building morgues are what the Zongo Communities need, they will improve access to education in order to eradicate poverty.