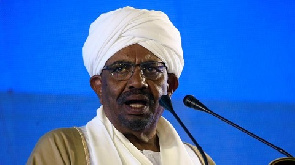 There have been more than two months of widespread protests calling for Mr Bashir to step down, but he is not giving up his presidential powers.

Demonstrations have continued despite a nationwide ban. At least 30 people are known to have been killed.

The NCP said Mr Haroun, who is wanted by the International Criminal Court for alleged war crimes in Darfur, would remain in charge until the next general conference.

But opposition politician Mubarak al-Fadil told the BBC’s Newsday programme that the president’s ceding of power would not appease the protesters.

Previous Former Brazilian president to be released from prison for grandson’s funeral
Next A total of 20,084 nurses will be recruited this year – Nsiah-Asare