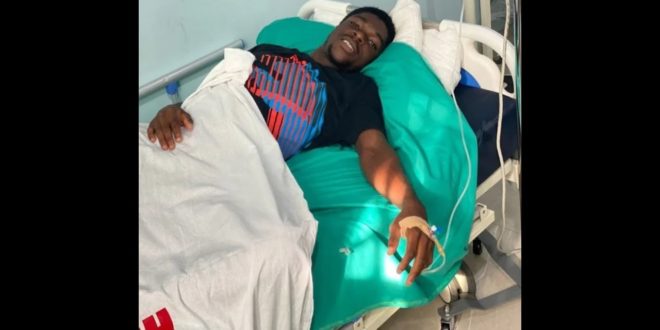 Accra Hearts of Oak have been hit with a strange disease which has left about 15 players hospitalized at different hospitals in Accra.

Attacker Daniel Afriyie Barnieh who reportedly showed symptoms of cough, cold and malaria was the first to be rushed to the hospital for treatment.

Midfielder Fredrick Ansah Botchway who also complained of similar symptoms was also rushed to the Mamprobi Polyclinic for treatment on Sunday night.

Other players like Nurudeen Abdul Aziz were also taken ill at the at Universal Clinic in Madina whiles the likes of Seidu Suraj and Amankwah Baafi are also on admission at the hospital.

Some other players who have not been named yet have been reported to have visited the hospital for treatment and are on medication.

Sulley Muntari, Samuel Inkoom and Gladson Awako have however not been hit with the sickness.

The situation is so dire that only five players reported for training on Monday with most of the stars unable to attend training with just two days left for the game.

The situation could affect Hearts of Oak’s midweek match against Bibiani Gold Stars at the Accra Sports Stadium on Wednesday.

The defending champions may call for a postponement of their match due to their inability to raise enough players for the match.

Although the club is yet to know the cause of the disease, it appears food poisoning might not be the reason for the mass sickness at the Hearts of Oak camp.

According to reports, the hotel the team slept in might have been infested with mosquitoes. Hearts of Oak who used to camp at the San Hotel in Accra have switched to another hotel.