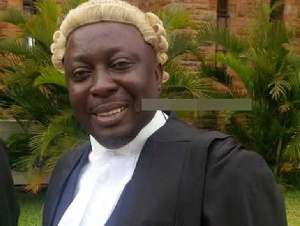 The former Member of Parliament for Akwatia Constituency, Baba Jamal, has revealed that the National Democratic Congress will not proceed to court to protest against the results of the Techiman South Constituency because the party does not have evidence to challenge the case in court.

According to him, since the Electoral Commission has failed to present a copy of the declaration form or summary sheet which they used to declare Martin Adjei Mensah Korsah of the NPP as the winner of the polls to the party, the NDC cannot protest the results in court.

Adding that they can’t go to court without evidence.

Speaking on ‘Ade Akye Abia’ with Kwame Nkrumah Tikese he said the Returning Officer failed to present the needed documents due them.

“They started with the coalition and stop when the confusion started so we were unable to sign the documents but the Returning Officers said he reached out to us but we were not around. And we said fine just give us a copy of it whether we signed or not but he refused. Do you think it is with good intention we were refused documents?

Some NDC members stormed Techiman South last week, to demand the pink sheets used to declare Martin Adjei Mensah Korsah of the NPP as MP-elect in the Bono Region.

The NDC is accusing the EC of manipulating the figures in favour of the governing NPP.

In a video sighted by GhanaWeb, the Presiding Officer, from whom the documents were being asked, declined, stating that he didn’t have the documents with him.