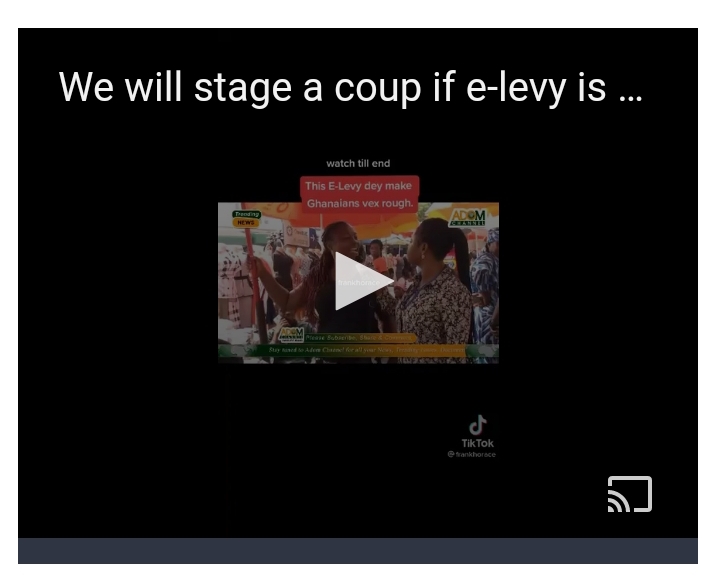 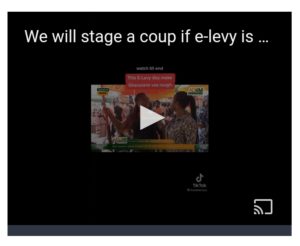 Akufo-Addo has collapsed the NPP, Traders

Akufo-Addo fed us with lies, Traders

A trader has threatened to put an end to the reign of the Akufo-Addo government if the controversial E-levy is passed by Parliament.

In a viral video on Twitter where Adom Channel interviewed some women at a marketplace on the E-levy, the women expressed their displeasure in the yet-to-be-implemented taxation system.

The Electronic Transaction Levy Tax was announced by the finance minister in his presentation of the 2022 budget to parliament last year. The 1.75% rate for the levy according to Ken Ofori-Atta will cover all financial transactions above 100 cedis performed electronically, including inward remittances.

But these women will have none of it stating that the E-Levy will only add up to the already existing hardship the country is faced with.

They bemoaned the poor educational system, less patronage at marketplaces, increase in fuel prices, among others while putting all the blame on President Nana Addo Dankwa Akufo-Addo.

“Akufo-Addo has collapsed the New Patriotic Party. We didn’t know this old man can lie this way. Where from this E-levy? After all the loans collected, he couldn’t do anything to improve the economy. You’ve sent our children home from school yet, our businesses are no more striving,” one of them said.

Another who was of the view that the president’s campaign messages were based on lies noted, “Nana Addo is a liar. All he said about Mahama were all lies to get to the presidency. He told us when he comes to government he will decrease fuel prices. Is it appropriate for a grown man like him to lie? What’s the meaning of this?

Although coups are usually operated by the military, one of the traders said in a viral video, who seemed to have had enough of the government stated that the e-levy is the last straw for them and wouldn’t mind that they (market women) plot a coup to overthrow the president and not the soldiers.

“If the E-levy is passed, we the traders will stage a coup. We won’t allow the soldiers to plot the coup. We the market women will do it,” the visibly frustrated woman said.

Meanwhile, the E-levy, since it was announced, has received several backlashes from stakeholders and the general public who are against the e-levy leading to a back and forth in parliament.