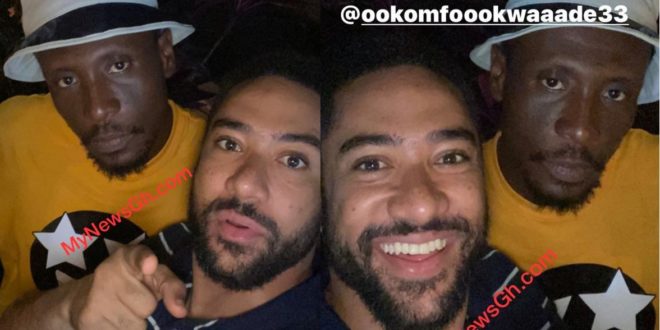 The actor who was in Kumasi for a program expressed joy in one of his photos uploads of himself and Kwadee sighted by MyNewsGh.com on his official Instagram (a social media site) handle as they shared a drink together.

In a separate video, the Ghanaian sensational rapper, Kwaadee was seen driving from the meeting place while beaming with smiles.

Recently, Kwadee has been seen in the company of some Ghanaian musical greats like, Kaakyire Kwame Appiah, Abrewa Nana, Adane Best, Obrafour, Skrewfaze and a host of others.

It appears that the future is bright for the award winning rapper who has been in hibernation from the music scene for a while but has hint of releasing an EP soon.