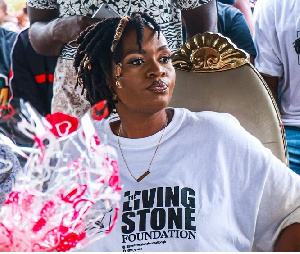 The song became one of the most controversial works in the history of Ghana music with shots inferred to have been thrown at Okyeame Kwame, Obour and others.

Though the song was hugely successful, Aisha Modi claims to have invested close to $45000 but received nothing in return.

“I produced Obrafour’s ‘Kasiebo’. I invested close to $45000 but I didn’t even get GH¢1 from the song. I did this investment at a time when I didn’t even have a plot of land or a house,” Aisha Modi said this in the Twi language in an interview on Delay TV.

Watch the video below from minute 24:

Previous Cedi performance in first half of 2020 is the best since 2014
Next Tell us something ‘sensible’, you know the identity of secessionists – Pratt rebukes govt