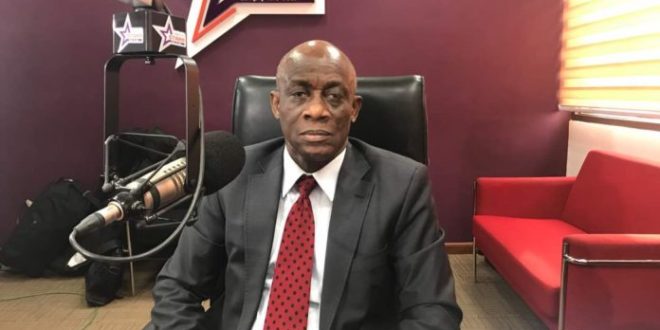 Financing for Akufo-Addo’s 94 hospitals will be difficult – Terkper

Seth Terkper says it will be a tall order securing funds for President Akufo-Addo’s promised 88 district hospitals and 6 regional hospitals.

Mr. Terkper pointed to provisional and actual fiscal data for the year 2019 which suggested that government used 98.2% of tax revenues for wages, statutory payments, earmarked funds and payment of interests on loans.

He pointed out that the 2020 fiscal projections do not deviate from this figure as 97% of loans have been already voted for recurrent expenditure leaving a minute fraction for running government and carrying out capital projects.

He indicated that even though these figures have been a normal trend as Ghana generally borrows for its capital projects, Fitch and Moody’s have recently downgraded Ghana’s credit ratings discounting the country’s ability to get onto the market to borrow at competitive rates.

The former finance minister further pointed government to the realities of the world financial environment grappling with the COVID-19 Pandemic and a huge slum in Oil revenues which form a huge source of Ghana’s revenues.

He told Starr News’ Naa Dede Tettey it will be difficult for the finance minister to return to the International Monetary Fund in the next few months because Ghana had hit its quota of a billion dollars which was secured to support Ghana’s COVID 19 alleviation program.

Mr. Terkper questioned why the cap on the stabilization fund was not raised early enough to rake in more money for such shocks when Ghana’s oil wells had increased from one to three commercial oil wells.

He advised that it was about time Ghana looked at its three epic events that destabilized the country and begun putting in place buffers to cushion the country in such periods.

“The stabilization and the contingency fund were set aside to anticipate these challenges. In our history, we have had the bush fires which destroyed our cocoa farms. Fast forward we have had droughts that affected our food production. We had financial crisis in 2008 and 2014 when there was a fall in crude oil prices from 95 dollars in the budget to about 35 dollars. So we should begin to build buffers as middle income and advanced countries do”.

He recommended that government rather taps into already approved loans in parliament, to complete pipeline health projects some of which have already been captured in the 2020 budget”.

Previous [VIDEO]: ‘You Are A Borla Bird Being Fed Like A Chicken’ – Kelvin Taylor Tears Kennedy Agyapong’s Hype Man, Kweku Annan Apart
Next Another Ghanaian nurse dies of coronavirus in the US