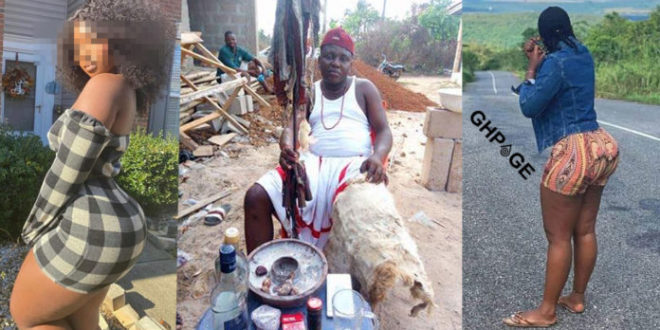 Fetish priest rushed to the hospital over a broken heart

News reaching Ghpage.com has it that a fetish priest at Sekondi in the Western Region of Ghana, Paa Dogo, was rushed to the Effia Nkwanta Regional Hospital on Wednesday morning over a broken heart.

According to an eyewitness who spoke with Ghpage.com, Paa Dogo who is an expert in healing mental problems was tasked to heal the nurse who was brought to him with psychological issues.

“The lady found out her boyfriend who resides in Accra, was having an affair with her best friend. Life became unbearable for the nurse who later tried committing suicide because of the heartbreak.”

“She was acting abnormally at a point in time so we even thought she was going mad. A friend she made here sent her to Paa Dogo to heal her and help her overcome the heartbreak,” Maame Pokua stated.

A few weeks after she was brought to Paa Dogo, she became better and somehow the two started dating.

“A few weeks through the dating, Paa Dogo went to the nurse’s place to give her pre valentine flowers only to find the nurse’s ex-boyfriend in bed with her. Paa Dogo dropped the flowers and immediately shouted ‘Aw Jesus, I’m dead.”

At the time of the report, he was in a coma receiving medical treatment at the Effia Nkwanta Regional Hospital intensive care unit.

Previous Hot Video: Abronye DC in Trouble! Given 72 Hours Ultimatum to reverse curse or else…
Next JUST IN: Bishop Obinim’s Church On Fire