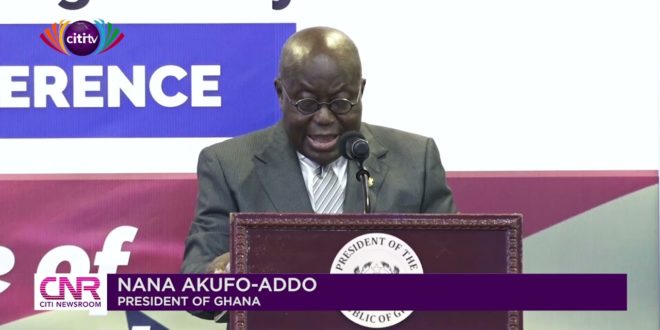 By Force President, By Force E-Levy, Everything About Akufo Addo Is By Force 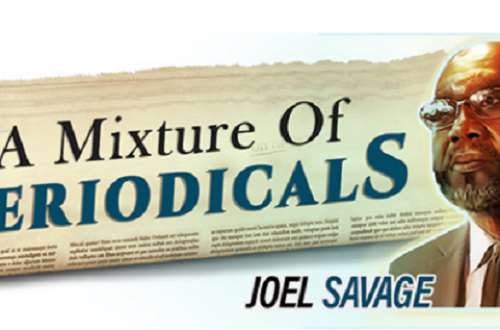 The experience of phenomena happening under Akufo Addo’s government is just like the activities of the Mafia trying to survive and proliferate as an underworld organization. Ghana is under a man who doesn’t know anything about leadership, therefore, he thinks has to do everything by force to succeed.

One of the reasons Akufo Addo has become a subject of ridicule, disrespect, and insults, all over the internet is that he doesn’t respect himself. Intelligent leaders who respect themselves don’t impose and behave like dictators.

Anyway, Akufo Addo is a dictator camouflaged under a democratic government. He has failed miserably to the extent that under hallucination, he thinks E-Levy will wipe away the disgrace that has over-showered him but the reality is he is rather on the path of adding more disgrace to himself.

Who is really this man called Akufo Addo who takes everything by force because he is not qualified to get it genuinely?

What kind of president will transport a sick man with an ambulance to enhance the passing of E-Levy in parliament if the rumors are true? Is E-Levy more precious to Akufo Addo than the life of the sick Member of Parliament?

Where did this man come from to hijack Ghanaians and the entire Ghana nation in such a criminal manner? Well, Ghanaians, you said Akufo Addo is your choice, you said ‘four more years for Nana,” therefore, you can have him and do whatever you want to do with him.

If you go deep into the political history of Africa, you’ll notice that all the dictators, including, Mobutu Sese Seko, Macias Nguema, Sani Abacha, Siad Barre, Hissene Habre, etc; all have something in common, they terrorized their citizens just like what Akufo Addo is doing in Ghana and all had a bitter ending.

This is exactly what will happen to Akufo Addo before the eyes of Ghanaians and they will remember this article because Akufo Addo is a dictator who doesn’t respect Ghanaians. He uses everyone and institutions under him, including the High Court to do his dirty jobs for him.

Akufo Addo thinks Ghana is for him and has Ghanaians in his pocket, just as Nyantekyi still has him in his pocket, therefore, he will run Ghana like his personal property.

Taking into consideration what Akufo Addo has done to Ghanaians, the way he has failed the common people after five years in power, and his inability to account for Ghana’s finances, including the missing COVID funds, if truly God exists as I believe, Ghanaians will witness the second coming of the president’s failure.

Someone can’t treat people in such a way and think things will be normal for you, not at all, I believe in karma and whatever evil a man sows, the same he shall reap. Greed, indeed, can block a person’s brain to consider criminal things as normal in politics.

Lying over here, lying over there, nothing has come out of the mouth of Akufo Addo that has been true

Akufo Addo has been implicated in murder cases with impunity. Many people have died under his administration, including, JB Danquah-Adu and Ahmed Hussein-Suale and nothing has been done about those cases because Akufo Addo is in power.

He didn’t even win the 2020 elections, yet he had his way through by force to be declared the presidential winner by the deceitful Jean Mensah. In fact, this is one of the reasons Akufo Addo is struggling as a president and he will still continue to struggle.

Ghana has stepped on a deadly path by only one person, Akufo Addo, and the disastrous result will be reaped by everyone, including the tribal bigots who will realize the harm they have done to themselves and the nation.

Why could any intelligent person or man of God follow or give support to such a deceitful, unremorseful, and wicked man like Akufo Addo to build a Cathedral? Who is he building that unholy Cathedral for? Certainly, it will be for demons to occupy because the Holy God will never dwell in a Cathedral built by Akufo Addo.

Can Ghanaians observe that Akufo Addo is not a happy man? You don’t need to be a psychologist to know this. Most of his smiling photos were during his first year as president, between 2019-2022, all his photographs exhibit fake smile or laugh because there is something deeply worrying him.

Despite that, he always likes to do bad things against the majority of Ghanaians. Akufo Addo couldn’t do anything with Ghana’s gold, bauxite, oil, cocoa, timber, etc; because he lacks the knowledge to rule a country, therefore, he is not going to do anything special with the loan from the E-Levy.

Akufo Addo will never succeed as president of Ghana. Just as he has failed from the beginning; the same shall be in the end. Ghanaians should be prepared to welcome his worst disgrace underway before the end of his time in office. Time will tell.