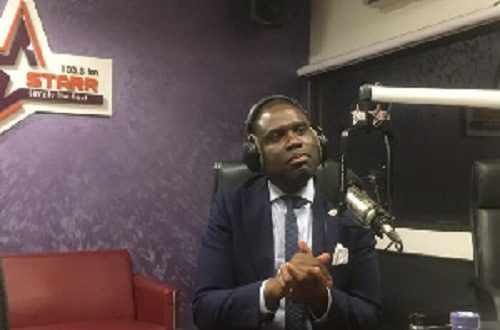 Former broadcaster Robert Nii Arday Clegg has revealed that he rejected a cash gift of 6000 dollars from a former government official while he hosted the Morning show on Starr FM.

According to the legal practitioner, although the said official had no conditions attached to the gift, he did not want to feel compromised.

The former Morning Starr host who made the revelation in his latest book ‘My Media Journey’ said he had turned down a previous gift from the same influential politician who had been introduced to him by a colleague.

“I did not accept it. GO (Government Official) who looked surprised said it was just a “Small gift “but that did not change my mind. A few weeks later, the same colleague took me to the home of GO for yet another meeting. I chose not to drive and so my colleague drove us there.

“When we arrived, GO had not returned from a trip to the Northern part of Ghana with the President. When GO finally got home, GO engaged us in a friendly chat about life, politics and the media. Everything was in broad brushstrokes. GO did not ask for any favours. At the end of this informal meeting, GO asked a driver to take me home when GO learnt that I did not bring a car. GO told me that he had put a bag with “some things for your children” in a car,” he recounted.

He continued: “When I got home and opened the bag, it contained quite a sizable envelope. GO had given me a gift in Ghana Cedis, which was roughly the equivalent, at that time of$ 6000.00 (Six thousand dollars). I sent GO a text to tell GO that I appreciated GO’s kindness but I could not accept the gift. GO replied to accept my position and directed me as to how to return the gift. I returned the gift. GO is an affable person and did not ask me to do or not to anything on the show, but I did not want to risk having a ventriloquist”.

With a print length of 300 pages, the book has eleven chapters spanning a 19-year period from the days of the Presidency of Jerry Rawlings to Nana Akufo-Addo. In that period, he transitioned from a university campus radio sports analyst to a leading commercial radio morning show host.