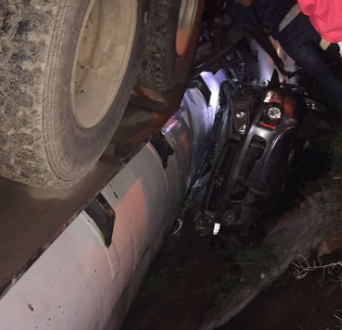 5 die in a road accident on the Accra- Kumasi highway

The rate at which accidents have been on the Accra to Kumasi Highway is becoming alarming. Only this year, hundreds of accidents have occurred on that road and have claimed lots of lives.

An accident occurred last night around 6 Pm to 11 Pm involving a tanker and a private vehicle. The tanker caused huge traffic on the road by blocking the road, four people died while trying to save a careless Okada rider. who also died at the spot after crashing the fuel tanker.

According to an eyewitness of this incident, while people were trying to save others, some were busily fetching diesel from the petrol tanker.

This highway is causing us a lot of harm and the government need to do something about it as soon as possible because it’s calming lives of innocent souls.