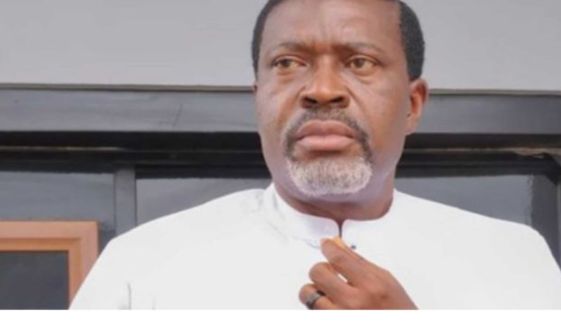 Share
Veteran Nollywood actor, Kanayo O Kanayo, has given a keyboard warrior just seven days to live over an expensive joke about his demise.

Speculations were rife that Mr Kanayo had passed on, and five obituary posters and ‘RIP’ flyers were distributed online in that regard.

But the actor has, in a self-taken video, proved to his followers he is alive, “hale and hearty and I don’t even have a fever.”

The latest death rumour has triggered his nerve as he curses the source of the fake news.

According to him, his phone has been buzzing with series of calls and messages from his well-wishes who are obviously shaken by the report.

He indicated that entertainers are humans blessed with families, who are often left concerned with such expensive jokes.

Consequently, in the next seven days, he is expecting the source of the news to kiss the world goodbye.

“…I don’t know what you stand to gain. Do they think we don’t have families? What kind of life do they think we live? You won’t live past the next seven days; you’ve got the wrong guy. Just seven days and you’ll exit the world,” he said in a rather serious tone.

Previous Thieves vandalise newly-installed ECG transformer at Dunyo
Next Dancehall artiste sentenced for stabbing, years after being jailed for rape