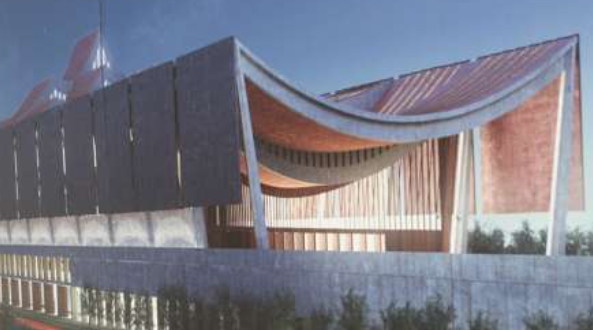 Work on the National Cathedral project has been suspended, the Executive Director of the project has disclosed.

Dr Paul Opoku-Mensah said the Secretariat has run out of capital to finance the construction.

He made this revelation on Tuesday when the Redeem Christian Church of God donated to the Secretariat.

“We have the contractors and their staff onsite, but the work has been suspended. We are hoping that within the next couple of weeks, as part of our fundraising and other initiatives we can begin work again,” he stated.

According to him, “our ability to complete this work keenly depends on Ghanaians supporting it.”

The much-talked-about project resurfaced in the media space earlier this year after controversies surrounding the financing of the project heightened.

The Finance Minister had announced that an amount of ¢25 million had been released to the project consultants in May 2022.

This was the second time money tagged as “seed money” was being released except that in the first instance the amount involved was $25million and it was said to have been paid in November 2020.

Despite the issuance of about three press statements, many were still unclear in their minds about the financing arrangements for the construction of the Cathedral which had been described by the President as a “priority of priorities”.

However, Dr Opoku-Mensah has urged Ghanaians to support the cause.

According to him, the ambition can only be actualised if the populace unites and contribute to the building of the edifice.

“The money might be big in terms of volume but if indeed we have 21 million Christians and a million can give us ₵100 a month for a year, we can easily complete this in time.

“I refuse to believe that we can’t get a million Ghanaians out of the 21 million Christians to support this. I still have faith in the Ghanaian and I am confident that we will do this,” he said.

The populace started questioning the project’s source of financing when the North Tongue MP, Samuel Okudzeto Ablakwa, put out documents showing that an amount to ¢200 million has been dished out towards the construction of the project.

These monies, he said, were dished out without recourse to parliamentary processes or strict public procurement practices.

According to Mr Ablakwa, the Akufo-Addo administration first proclaimed the project as a private and personal pledge; however, public funds are now siphoned to facilitate the task.

He added that the inclusion of the National Cathedral’s Executive Director on the roll of Presidential Staffers also flies in the face of the law.

“When you go through the list of Board of Trustees, this gentleman [Dr Paul Opoku Mensah] who has been enlisted here as the Executive Director of the Secretariat, a Secretariat presented as a private entity, has also been enlisted as a Presidential staffer and his position there is an overseer of the National Cathedral.

“Why is the Ghanaian taxpayer paying somebody who works for a private board of trustees?” he quizzed.

His revelations has since gotten many influential individuals and pressure groups questioning the transparency and accountability of government.

The building of the Cathedral fulfils a pledge President Akufo-Addo revealed he made to God before winning the 2016 elections.

In 2019, the Finance Minister, Ken Ofori-Atta, said the construction of the National Cathedral is estimated to cost over $100 million.

It has since been amended to $340 million.

The government has already demolished all structures on the proposed site to construct the National Cathedral at Ridge in Accra, and work is progressing.

It is also scheduled to be commissioned on March 6, 2024.

The 5,000-seater auditorium project will also bequeath to the country a gracious national park for all Ghanaians, bring new skills, technology and jobs, and act as a beacon to national, regional and international tourists.