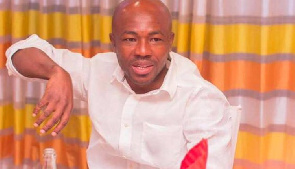 An Aide to the Ashanti Regional Chairman of the New Patriotic Party (NPP), Bernard Antwi Boasiako who has been captured on tape among other persons who were purported to have received bribes in the latest exposé by Anas Aremeyaw Anas on galamsey has spoken, MyNewsGh.com reports.

Mr. Andy Owusu who played a role as a link man between Anas and the Secretary of the Inter-Ministerial Committee on Illegal Mining (IMCIM), Charles Bissiw claimed he only facilitated their meeting with the relevant authorities and nothing more nothing less.

According to Chairman Wontumi on Kumasi-based Pure Fm monitored by MyNewsGh.com, he has personally interrogated his Aide who has given him a vivid account of how he became a victim in the whole entrapment by Anas and his team.

“Before I left for London around December last year, I gave Andy over GH¢200,000 to distribute among heads of various institutions and my loved ones as their Christmas presents including Charles Bissiw. It was while he was visiting Mr. Charles Bissiw one of my boys approached him and indicated that there was this person who needed some help from the Inter-Ministerial Committee on Illegal Mining”, he revealed.

In Chairman Wontumi’s account based on his interaction with Andy Owusu, he facilitated it by virtue of the fact he was already going to see Charles Bissiw but he was notified about the development far away in London when he [Bissiw] called to thank him for the Christmas present.

“Andy told them that after linking them to the appropriate quarters, there was the need for his efforts to be appreciated which I think is a normal practice in customs”, he revealed.

Anas Aremeyaw Anas however claims Andy Owusu charged GH¢50,000 for his services during undercover investigations and was paid a total of fifteen thousand cedis (GH¢15,000.00).

“Mr Andy Owusu, a link man for Mr Bissiw charged us fifty thousand cedis (GH¢ 50,000.00) to get us through to him. We negotiated for forty thousand Cedis (GH¢40,000.00) and he accepted it. Out of this amount he accepted part payment of fifteen thousand cedis (15,000.00). Mr Andy Owusu was also the one who told us how much Mr Bissiw was ready to accept to fast track the process for us. Mr Andy Owusu also linked us to “school boy” a national security operative for our safety at the illegal mining site”, he posted on his Facebook page.

He is also insisting that Mr Charles Bissiw took a total of a total of thirty-five thousand cedis (GH¢35,000.00)in cash from them when ORR Resource Enterprise, presented itself as a small scale mining company, whose license to mine had expired. In spite of this expiration, we still wanted to mine. We were prepared to go by the government’s directive to be vetted and verified by the IMCIM.