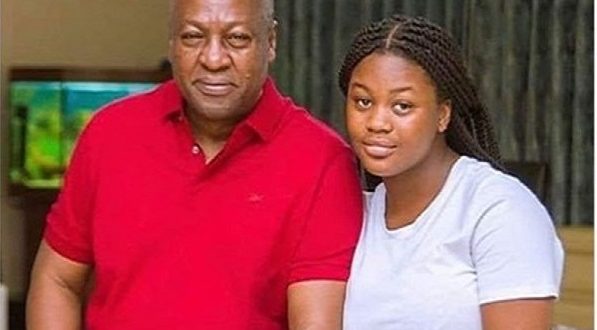 Ashanti Regional Secretary of the National Democratic Congress (NDC) Kwame Zu who officially lodged the complaint with the police, disclosed to MyNewsGh.com that they cannot be taking chances with such comments from a political figure.

“I have lodged a complaint with the Ashanti Regional Crime Office of the Police Command. His comments are treacherous and cannot be Politics as usual. It is difficult to understand what he meant by ‘Somebody would catch her and do something to her.’”? he queried.

“We are therefore demanding an establishment of his real intentions by the Police,” he added.

A few days ago, Chairman Wontumi asked John Dramani Mahama and his family to ensure that his daughter Farida Mahama is not exposed on social media like they’ve allowed her to.

According to him, because Lordina Mahama has decided to stay away from Politics, Mahama most of the time flaunts his daughter.

But to him, flaunting his daughter and making her known across the world is not in a good taste because she will be prone to vices.

Chairman Wontumi who was speaking on Kumasi-based Wontumi Radio monitored by MyNewsGh.com said “so now what he does is that he posts his daughter indicating that she is now of age. Someone will catch her and do something to her for him to realize that if you have a daughter you will hide her”.