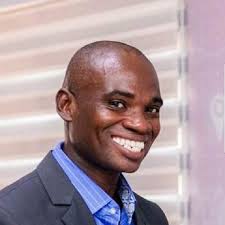 WATCH VIDEO: How I Got Out Of Prison – Dr UN Speaks

The conveyer of the supposed United Nations (UN) and Kofi Annan Foundation Awards, Kwame Owusu Fordjour, otherwise known as DJ UN, has revealed how he got out of custody.

Some weeks ago, Dr UN was arrested and put behind bars over a fraudulent award he organized some years.

That was after he succeeded in swindling some popular figures in Ghana.

Speaking in an interview monitored by Zionfelix.net on Angel FM, Dr UN detailed how his lawyer worked hard for him to get a bail.

When he was asked if he begged before he was granted a bail, he said yes—because no matter how big you, your status will be lowered when you are standing in front of a judge at the court.

Dr UN was not ready to admit any wrong-doing in this interview.
He stated that he has won the admiration of many people even after he released.

Click on the link below to watch the video.