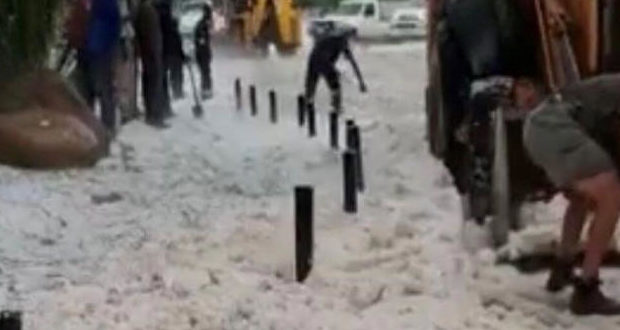 WATCH: Snow or no? Massive HAILSTORM hits part of Gauteng

From extreme heatwaves and now hailstorms, there is no question that Gauteng’s weather has been unpredictable recently. Several parts of the province, including Meyersdal and surrounding suburbs in Johannesburg experienced snow-like weather on Tuesday afternoon, 18 October 2022. 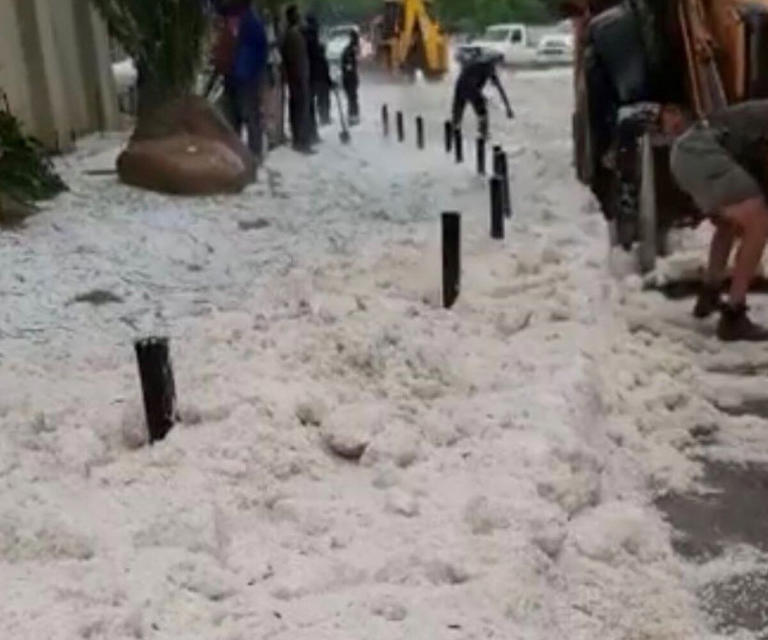 WATCH: Snow or no? Massive HAILSTORM hits part of Gauteng© Provided by The South African

The extent of the hailstorm in the area seems quite severe, even prompting Gauteng Weather to issue an alert on “small amounts of hail associated with storm over parts of southern Johannesburg.”

In another tweet, Gauteng Weather warned that a storm in the east was slowly making its way to the northern part of Johannesburg on Tuesday.

On Sunday, the South African Weather Service (SAWS) issued a level 2 warning of severe thunderstorms and hail, urging motorists to be careful on the roads. The SAWS has warned of scattered showers and thundershowers in the northern parts of Gauteng on Wednesday, 19 October.