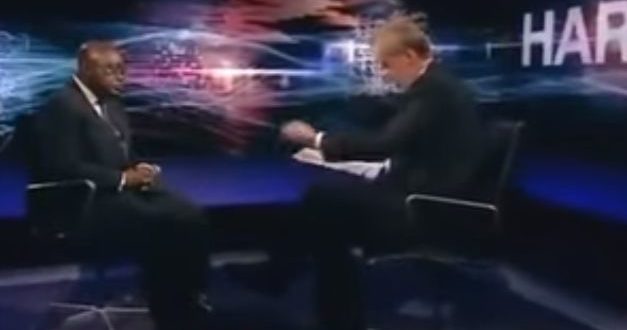 A 2016 video of an interview then presidential candidate of the New Patriotic Party (NPP), Nana Addo Dankwa Akufo-Addo, granted the BBC’s Hardtalk, has re-emerged.

The June 2016 video coincides with a new video of him as president of Ghana, speaking again with the BBC but only on a different platform.

Ghana has been struggling recently to come out of an economic downturn after what it says has been caused by the ravages of the novel Coronavirus and the most recent war between Russia and Ukraine.

With fuel prices and the standards of living in the country generally high, the government has pushed for the passage of an Electronic Transfer Levy (E-Levy), with the hope of internally generating adequate money to save the ailing economy.

Amid many restrictions and political antics, the government was finally able to pass the bill, which has since been signed into law by President Nana Akufo-Addo.

And this subject formed part of the first part of the interview released by the BBC on Monday, April 4, 2022, where the president explained to the British broadcaster that it had become necessary for the mobile money sector to be taxed because it is an emerging economy.

When asked why his government is taxing people who are already impoverished, President Nana Addo Dankwa Akufo-Addo said that Ghanaians are not impoverished.

BBC: You think it’s necessary to tax people who are already impoverished?

President Akufo-Addo: They are not already impoverished. We are talking about taxing an industry and what transactions where a lot of value is being created. And we want to also bring that value into government coffers.

That is something that is very… and the E-Levy, is not like Ghana is the only country that has something like a mobile tax. Many, many countries, they will not like it…

But in a re-merged video of the president speaking with the BBC in 2016, he is heard speaking more firmly about some issues around the economy, among others like the NPP’s most touted Free Senior High School policy.