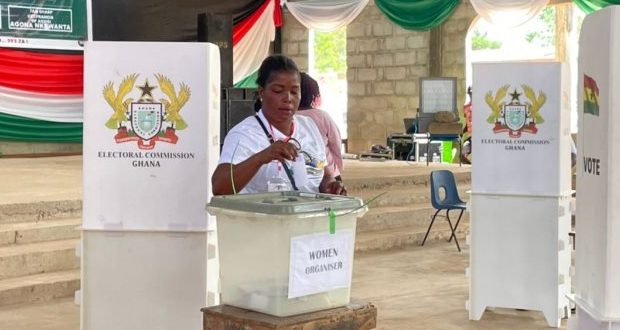 Voting is currently underway in several centres across the country as delegates of the National Democratic Congress head to the polls to elect regional executives for the party.

The exercise which began on Friday, will end on Sunday, November 13, 2022.

The party in a communique asked delegates to fully abide by all laid down rules outlined.

NDC delegates in the Greater Accra Region will vote for the positions of youth organizer and women organizer at the Du Bois Memorial Center today.

Speaking to Citi News, a member of the Elections Committee, Rita Odoley Sowah, noted that all is set for the elections.

In the Greater Accra Region, three people will be challenging the incumbent Chairman of the Party, Ade Coker.

In the Western Region, over 50 persons are enthusiastically vying for about 20 positions.

Meanwhile, disagreements and confusion rocked the NDC’s Regional Elections for Youth and Women Organizer executives in the Ashanti Region on Friday, November 11, 2022.

There was an exchange of fisticuffs during the process.

The candidates for the Youth Organizer position were divided over whether members of the Tertiary Education Institutions Network (TEIN) should vote or not.

Just as the elections were about to start after the party resolved an earlier injunction on the process, the exercise was marred by confusion.

Some Members of TEIN of the NDC were also protesting at the election grounds, as they alleged that the injunction was also aimed at preventing the Presidents and Women’s Commissioners of TEIN from voting.

The TEIN president of the Wesley College of Education said it is the constitutional right of presidents and women’s commissioners of the Network to partake in electing regional executives for the party and any attempts to disenfranchise them will be fiercely resisted.

Previous Man, 24, jailed for attempting to bomb Nigerian church in USA
Next I’m Ever Ready To Work With Enock Darko – Tony Kassano