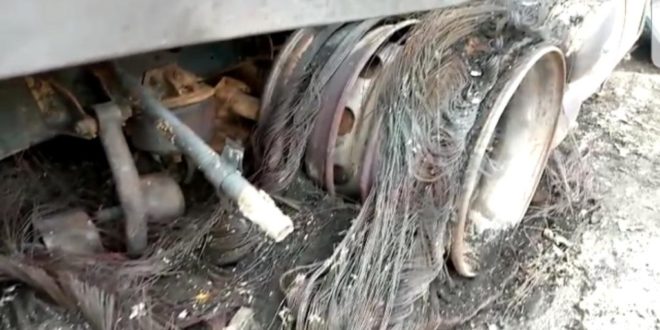 A diesel tanker was up in flames last night at Hemang near Jacobu on the Obuasi Anhwiankwanta highway around 7:pm on Thursday.

According to residents in the area, the tanker experienced a tyre blast, and the rims after friction with the tarred road sparked fire.

The blazing went on for hours despite the two fire tenders that arrived at the scene no later after the Fire Service was alerted by the residents.

No casualties were, however, recorded.

Previous US election: Appeal court dismisses Trump camp’s lawsuit in Pennsylvania
Next Claims I resigned because of non-payment of salary is ‘outright falsehood’ – Amidu