Popular nudist and video vixen, Abena Serwaa Frimpong, popularly known as Shugatiti, has caused a stir on social media after a video of her wailing at her father’s funeral was spotted online.

In two separate videos which have gone viral, Shugatiti was captured in a funeral cloth, this time around fully covered, as she cried her eyes out at the event held on Saturday, April 2nd, 2022, at Ahafo-mim.

In another video, ‘grieving’ Titi was seated next to her younger sister, and her eyes were spotted looking pale.

Reacting to the particular video where she was weeping profusely, social media users have analyzed that Shugatiti’s tears are not genuine.

Others labeled her as an ‘attention-seeking slay queen’ who is just in search of public sympathy.

This perhaps could be due to the fact that the nudist has not halted her ‘twerking business’ on social media ever since she announced the death of her father.

Shugatiti’s conduct on social media came under strict scrutiny after many individuals concluded that, her father’s death couldn’t at least compel her to be measured in posting nude pictures of herself on social media.

Watch the video and read the comments below 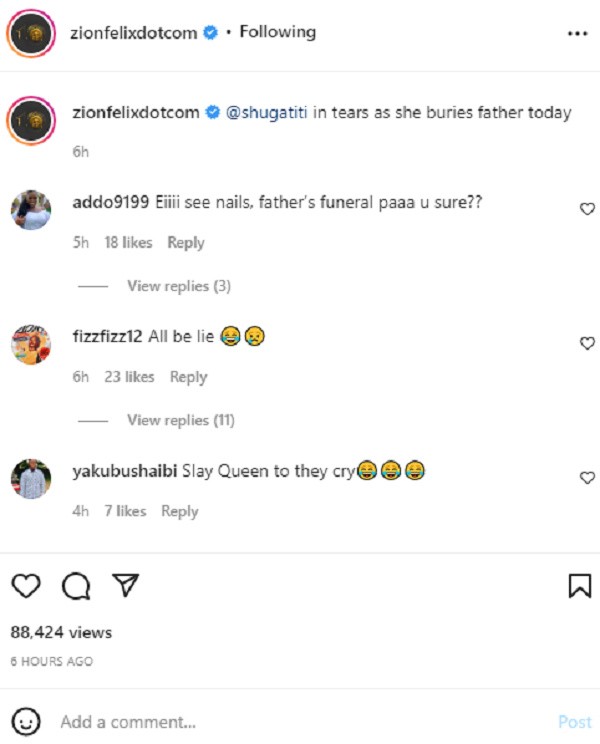 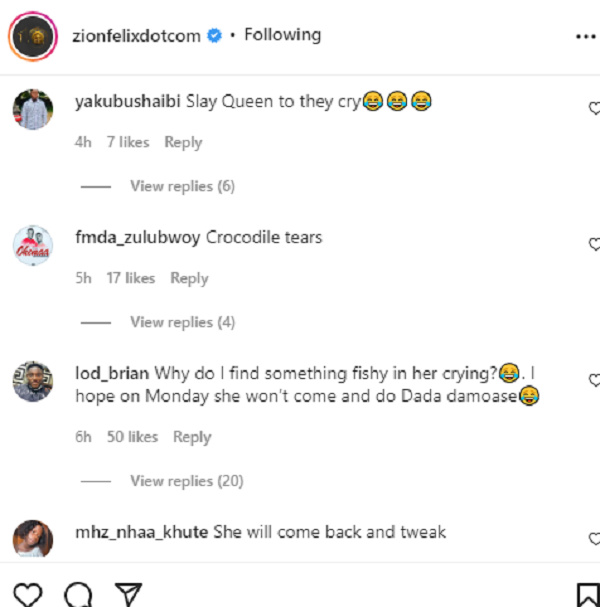 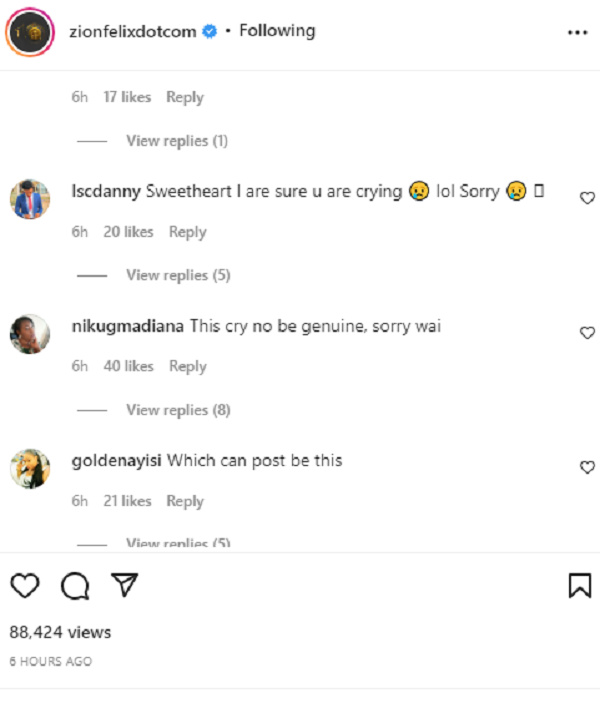 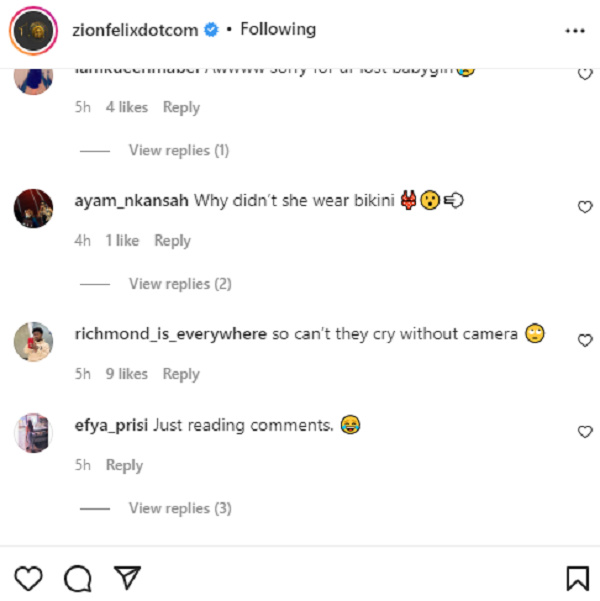 Previous Armed men shoot and kill one, injure four others at Nkroful
Next 2022 World Cup: Otto Addo eyes Clifford Aboagye as Kudus’ back up – Report