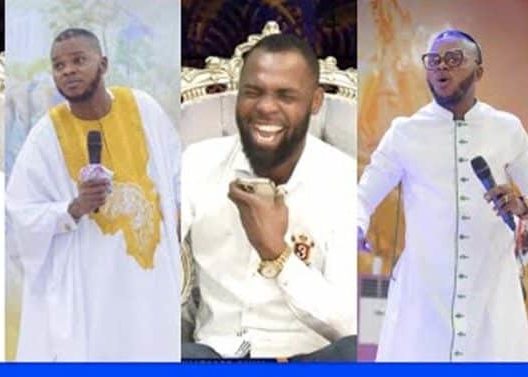 The two men of God despite preaching to their members to forgive people when they wrong them were themselves not in the good books of each other a move that was bad for Christendom.

Bishop Obinim has lost his father to the icy hands of death some weeks ago and would be put to rest in Kumasi on the 18th of September, 2021.

According to Rev Obofour, during an interaction on his TV channel revealed that Bishop Obinim has named him as the chief mourner and has even sent him and his wife an invitation to the funeral of his late father.

Proving to the viewers that they were now best of friends, Obofour called Bishop Obinim to confirm the date of his father’s funeral.

After years of feuding marked by loud accusations and verbal threats, the duo is unquestionably the most powerful adversary inside Ghana’s Christian community.

Obofour, it appears, was the one who extended the olive branch to his former adversary in order to mourn with him after his father’s death.