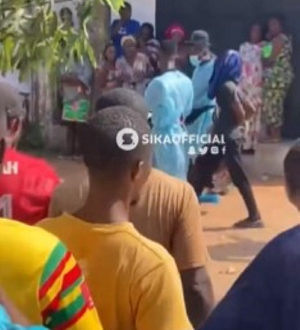 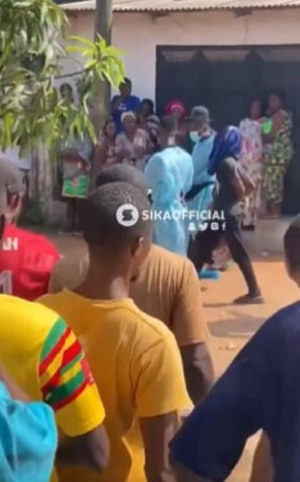 The Ghana Police Service have reportedly arrested a young man who is accused of beheading a middle-aged woman at Spintex, a suburb of Accra.

A viral video shared by sikaofficial on Twitter, sighted by GhanaWeb, showed the police hauling the accused person who was in handcuffs and had his face covered.

Some police personnel, who were in lab coats, could also be seen holding what appears to be the remains of the victim.

Onlookers can be heard weeping and wailing in the video as the victim was being moved by the police.

The Ghana Police Service is yet to comment on the matter.

Watch the videos from the scene below: