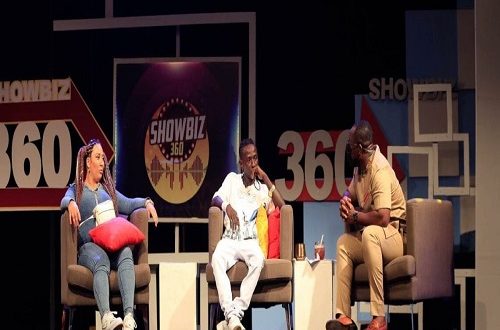 VIDEO: Patapaa discloses where & how he met his wife

Ghanaian musician, Patapaa Amisty, has disclosed where he first met his German girlfriend, Liha Miller, who he married Saturday January 2.

The couple have been a sensation on the internet ever since they met. They occasional shared snippets of romantic moments which got many talking.

There had been moments where the relationship sparked controversy as to whether the couple were in to walk the aisle one day or it was just for publicity stunt. Even when they announced their intention to get married in a viral video on December 31, 2020, others still had their doubts.

But the January 2 nuptials of the couple put all doubts to rest. Narrating how he met his wife on TV3’s Showbiz 360, the ‘one corner’ hit maker told host Giovani Caleb that they first met in Belgium.

Watch exactly how he described the moment is the video below: