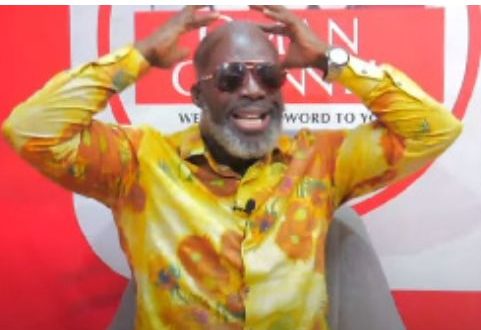 The late popular evangelist died last week after over 13 years battle with cancer.

Speaking about the passing of the evangelist on Oman Channel, Kumchacha who started his minstry in Kumasi described the late Evangelist Morgan as a true veteran of the gospel ministry.

“It was about six of us, preachers and prophets were not many then. We used to stand in front of Kumasi PZ and preach and on days the we didn’t go to PZ we went to the railways, where they sold shoes or Morocco or KO to preach.

“We have been doing this work for a long time and Morgan was truly a veteran when it came to evangelism,” he said.

Reminiscing on some of his memories of the late preacher, Kumchacha said Evangelist Morgan was once a victim of the alleged human rights abuses perpetrated during the military regime of former President Jerry John Rawlings.

According to Kumchacha, the evangelist was arrested for criticizing the regime through his preaching and was kept as a guardroom at the Osu Castle in a Accra for several days.

“The IGP (Inspector General of Police) at the time was called Peter Nanfuri. Morgan suffered and everyone thought he had been killed but by the grace of God, he came from the Castle to continue his evangelism,” he said.

A member of the Deeper Life Bible Church, Evangelist Morgan was popular in Ghana especially around Kumasi for his hard-hitting style of preaching which focused on peace and repentance.

He was once the radio pastor for Despite Media’s Kumasi-based Hello FM.

In 2018, some gospel musicians led by the veteran McAbraham organized a concert to raise funds for the late evangelist.