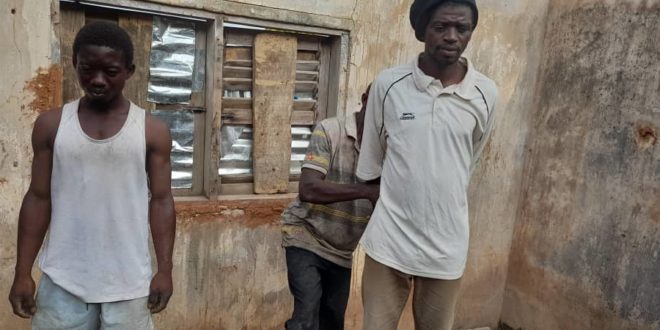 A 45 year old self acclaimed evangelist is in the grips of the police after he was caught with human parts at Buoku Nkwanta in the Wenchi municipality of the Bono Region.

Evangelist Elijah, as he is called in the neighborhood, was arrested upon a tipoff by a resident who was suspicious of his preaching activities.

According to Hon Musah, the suspect lives alone at the outskirt of community, who comes to preach and goes back to sleep in the evening.

“A security with a quarry company alert me of his suspicion of the nocturnal activities of preacher, we proceeded to his house, and lo and behold, we saw human parts being dried on his compound,” he said.

“In the company of the town elders, we got hold of him, told him to open his door and to our surprise, we found other human parts in a polythene bags and on the floor,” Hon Musah added.

Evangelist Elijah denied knowledge of the human parts when questioned, saying he had no idea of the being human parts. 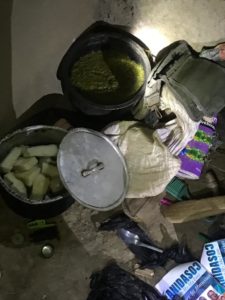 Police from the Chiraa Police Station in the Sunyani West district of the Bono Region were immediately called for his arrest.

A 23 year old Senior high School graduate, known only as Faisal, a friend to the evangelist was also arrested by the police to assist in investigation.

Another checks by the police and the residents at Buoku Nkwanta Cemetery also found that a tomb has been broken and exhumed the body.

Previous VIDEO: Bus driver excretes on his hand and rubs it on LASTMA officers who tried to arrest him
Next The corpses in the ‘dark’ – Kroboland’s woes