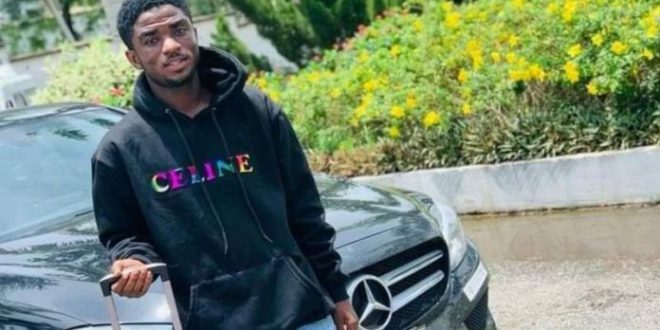 Police in the Ashanti region say they are following leads to help arrest killers of a student of Oyoko School of Dispensing Optics who was shot dead by unknown gunmen on Tuesday night at Sofoline in Kumasi.

He was found at the crime scene moments after the attack by the Suntreso police at about 11:50 p.m.

Though information on what led to the murder is scanty, police sources say the deceased was allegedly attacked moments after he dropped a friend at the scene.

Friends of the deceased, who stormed the Suntreso District Police command, are yet to come to terms with the passing of the young man.

“Kwabena was a calm and reliable friend. He didn’t have qualms with anyone because he is someone who immediately apologises to people he offends. We just can’t understand why someone will do something like this to him. We are pained but God knows best,” a friend of the deceased, Addai Derick stated.