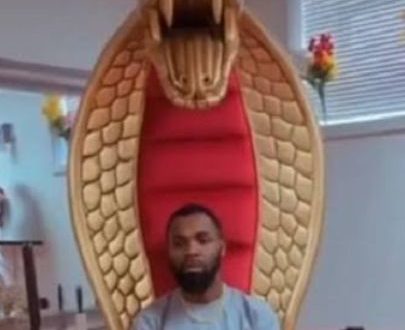 Rev Obofour called out by tweeps

Popular preacher and founder of Anointed Palace Chapel (APC), Kwaku Adjei Antwi, better known as Reverend Obofour, has been spotted on a customized snake chair that has spiked controversies on social media.

The gold-plated throne had the head of a giant cobra with its mouth wide open, ready to devour.

A video of the minister of the gospel that was published by his wife, Queen Ciara on Tik Tok, has attracted negative feedback from a section of the public who have questioned the motive behind the cobra throne.

Although the wife of the Reverend minister did not specify the owner of the piece, her husband was captured seated comfortably on it as he posed for the cameras.

Also commenting on the viral video, some Twitter followers argued that there was nothing wrong with the seat.

A handler @ObedClinton6 mentioned that the cobra signified the strength of Rev Obofour and urged critics to stop reading meanings into it.

“What’s wrong about that. We love and appreciate anything foreign if it were to be an American who did this you’ll say he’s signifying the strength of a cobra. Bibini di33,” the comment read.

Another @pi_noq was of a different opinion. Reacting to the video, he wrote: “Yet people still get vim go this church.” 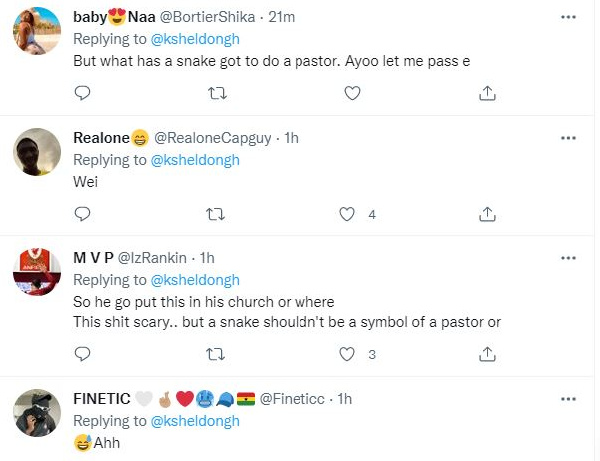 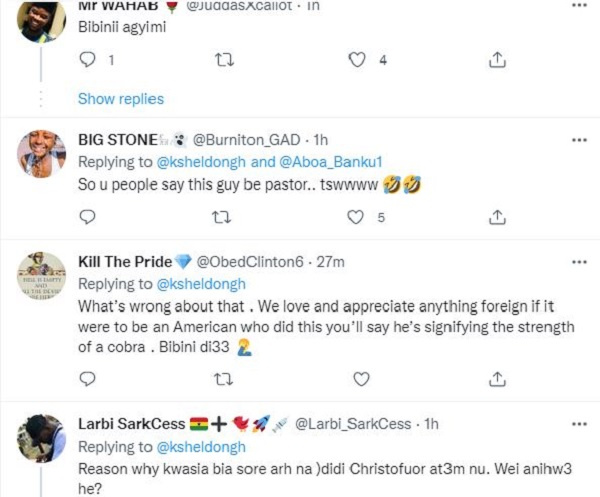 Watch latest episodes of some GhanaWeb TV programmes below: