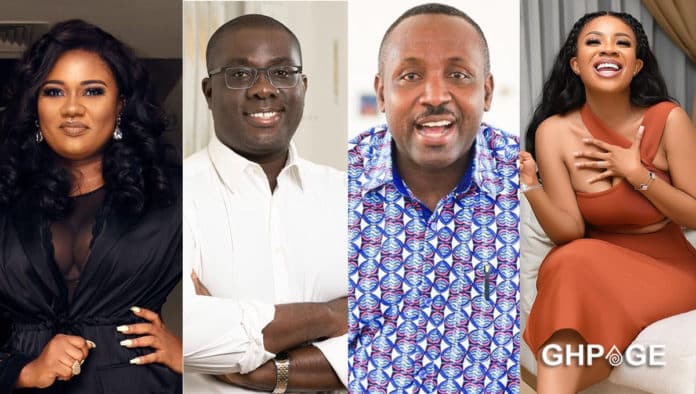 Ghanaian socialite and plus-size model, Abena Korkor, seems bent on giving internet users something new to talk about on a seemingly boring Sunday as she has dropped a series of exposés filled with wild allegations online.

In one of her latest posts sighted on her Instagram account by GHPage.com, Abena Korkor spilt some secrets about Serwaa Amihere, a TV presenter at GhOne, and her amorous relationship with some top officials in the country.

The new filla available to her was provided by a female informant who pleaded for her identity to be shelved for obvious reasons.

According to the lady, Serwaa is the girlfriend of NPP Politicians, Sammy Awuku and John Boadu and she has been sleeping with both men.

Earlier, Abena Korkor made allegations against TV3 for wrongfully terminating her employment.

The former TV3 present accused her former employers of violating her human right and discriminating against her.

According to the plus-size model with Bipolar Disorder, she was sacked without being furnished with concrete reasons. She believes they used her mental health against her.

Previous Kyei-Mensah-Bonsu elected as Vice Chair of Commonwealth Parliamentary Association
Next VIDEO: A-Plus nearly beat Halifax on live TV over his absence at the #FixTheCountry Demo