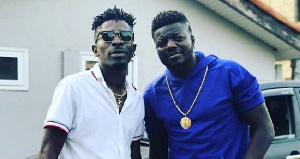 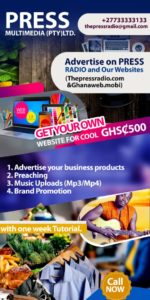 Ghanaian hiplife musician Pope Skinny claims Shatta Wale is HIV positive and that if his claims are untrue, he should show his test to the public.

The expelled SM member and former ally of the dancehall star has alleged that the singer can’t show his HIV test report because he is positive.

In his latest Snapchat rant on Wednesday, he also claimed Shatta Wale isn’t responsible because he doesn’t pay his son’s school fees and doesn’t take care of his parents as well.

He added that the “Ayoo” hitmaker is a staunch member of the National Democratic Congress (NDC) and that he tries to ‘fan fool’ President Akufo-Addo for favour.

Watch the full video below.