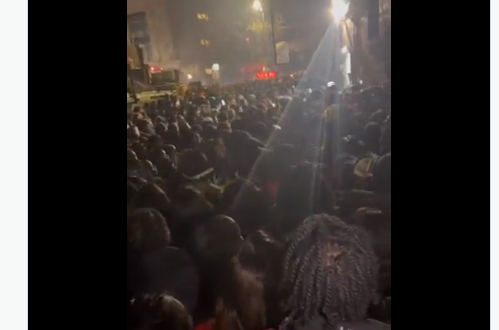 Trouble started when a large number of people without tickets tried to storm Asake’s concert at the O2 Brixton Academy.

According to Dailymail, four fans left in critical condition were rushed to the hospital after suffering crushing injuries while six people were treated at the scene.

Doors to the venue were locked, shutting out many valid ticket holders as well as those trying to gain unauthorized entry and it resulted in the show being canceled.

The show was canceled with an announcement made on stage midway through the gig and was met with uproar.

The organizers said: “The reason we have to stop the show is because they have breached the doors. You’ve got 3,000 people who have broken the doors outside and because of security the police have asked us to close the show.”

In an attempt to spread some calm, they told those who had purchased tickets for the show that a refund would be available.

However, angry fans took to social media to vent their frustration at the abrupt ending of the concert, with many sharing videos on their platforms.