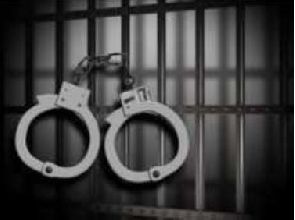 Emmanuel Kumi, a 21-year youngman from Amanful, a suburb of Takoradi has been arrested for unlawfully entering the premises of Mr Kobina Okyere Darko, the Western Regional Minister.

The incident happened in the early hours of Saturday at his Beach Road residence around 0520 hours, when madam Sophia Afranie who was washing at the time heard the noise from the jump of the suspect.

Madam Sophia said she saw Kumi, who was naked, holding a metal bar believed to be taken from a scaffold, where she raised the alarm and rushed to the house.

The Suspect is said to have entered the kitchen picked biscuits, jeans trousers, drinks, picture of the Regional Minister with an Imam, kids bicycle and a Christmas tree. Madam Sophia together with other housemates raised the alarm and called the police, where the suspect was overpowered and arrested.

The Police confirmed the incident and said the suspect was arrested and sent to the Takoradi harbour Police station for interrogation.