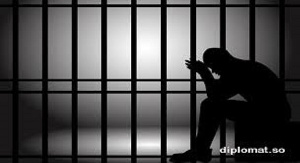 The two men nabbed by police operatives for allegedly engaging in a recruitment scam into the police service have pleaded not guilty to three counts of defrauding by false pretence.

Bernard Kwesi Amanor-Wayo, 47, and Emmanuel Sackey, 55, were arrested on August 23, 2019 at the Golden Tulip Hotel in Accra for allegedly collecting money from unsuspecting job seekers under the guise of facilitating their recruitment into the police service.

The two denied the charges against them during their appearance at the Accra Circuit Court yesterday.

The court, presided over by Mrs Harriet Jane Akweley, remanded them to reappear on September 16, 2019. A third suspect identified only as Ofori is, however, on the run.

The prosecutor, Deputy Superintendent of Police (DSP) Mr George Amegah, told the court that after the arrest, the police retrieved forged police enlistment forms from the suspects.

He further told the court that Amanor-Wayo and Sackey were arrested by police intelligence after they had collected GH¢3,000 each from two of their victims.

Last Monday, the Daily Graphic published a story about how the police arrested Amanor-Wayo and Sackey.

A source close to the Police Intelligence Directorate told the Daily Graphic that at the time of their arrest, the suspects were at a meeting with three of their victims whom they were assisting to fill forms after collecting money from them on the pretext of assisting them to secure enlistment into the Ghana Police Service.

The source said initial investigations showed that the suspects had targeted applicants on the police recruitment waiting list.

It explained that the suspects contacted one of the victims who sought financial assistance from a public official.

The public official, who wanted to be sure before parting with the cash, contacted the police to ascertain if the Ghana Police Service was recruiting persons on its waiting list.

The source said the police indicated that there was no such exercise taking place and then began to suspect that the perpetrators might be engaged in a scam.

To bust the scammers, it said, the police supported one of the victims to be part of the recruitment, a process which aided the police to arrest the suspects.