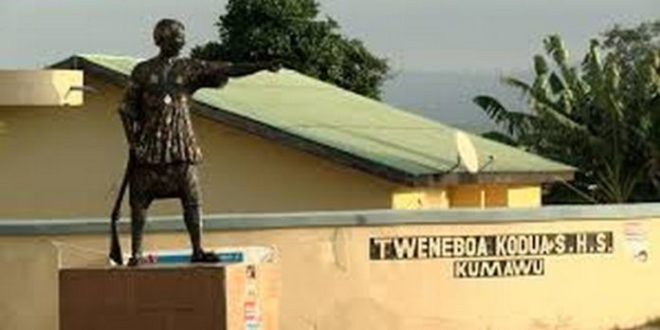 The final year student of Tweneboah Kodua Senior High School (SHS) in the Ashanti Region, who was murdered at Manso, left the school without an exeat, an official statement from the school has said.

In the press statement released by the Tweneboah Kodua SHS and signed by the headmaster, John Asante Bawua, the deceased had left school without exeat and his absence was only noticed after a roll call by the housemaster.

Identified as Daniel Osei-Mensah, a native of Manso Odaho, the deceased reportedly went missing on Friday, August 5 while working with his motorcycle.

The police in a statement on Monday, August 8 said the 17-year-old was robbed, murdered and buried in a cocoa farm near Benebene.

According to the police, two suspects including a minor have so far been arrested in connection with the murder and will be put before court.

Meanwhile, a statement issued by the authorities of the school confirmed the deceased is a student of Tweneboah Kodua SHS but left the institution without the knowledge of authorities.