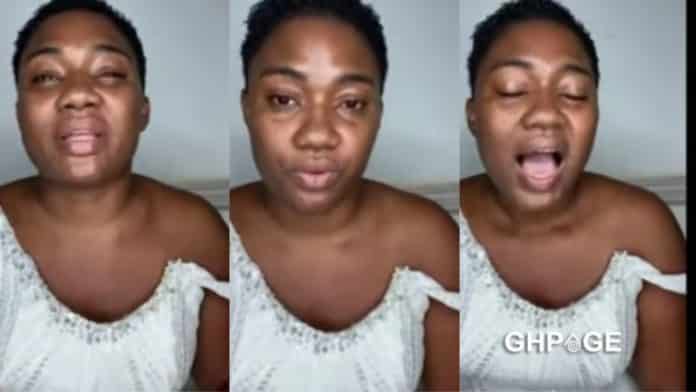 Bipolar Abena Korkor has claimed the internet on her chest once again to mark her 31st birthday with severe “vawlence”.

Just a few hours ago, the mental health advocate, nudist, and former TV3 employee dropped a tall list of all the men who have slept with her before.

Notable names such as NPP’s Sammy Awuku had his name on the infamous chopper’s list that has taken over social media trends at the moment of the publication of this article.

In a follow-up post earlier to the one she published on the internet some hours ago, Abena Korkor has once again wildly alleged that former Ghanaian professional footballer, Sammy Osei Kuffour, has also had sex with her before.

As alleged by Abena Korkor in the caption she attached to a picture she shared on her IG page which captures Sammy Osei Kufuor in the shot, the former Blackstars player calls for sex anytime he’s in the mood.

In Abena Korkor’s post, she also asserted that Sammy Osei Kuffuor lies to her just to get sex by pouring fabricated love stories into her ears.

And after he sleeps with her for 10/ 15 minutes, he later sacks her without giving her money for transportation.

Watch the video below to know more…