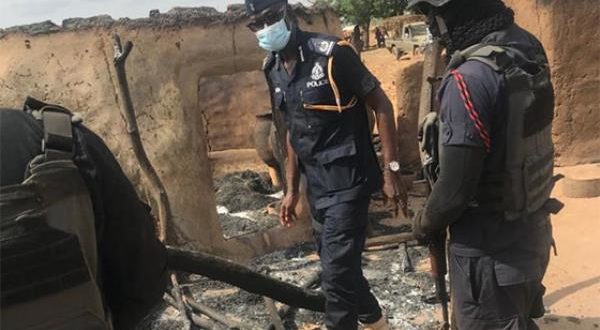 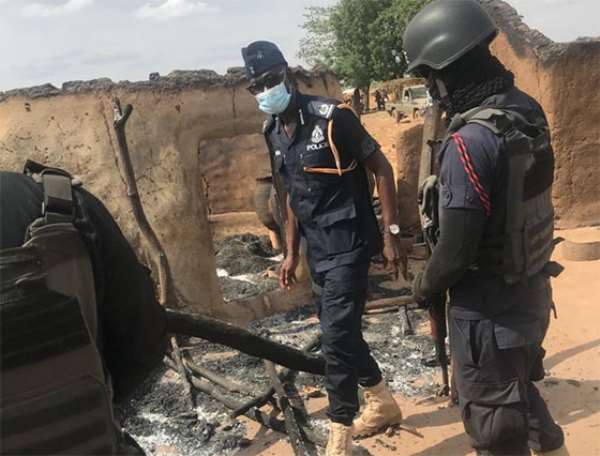 The Nalerigu District Court presided over by His Worship Abdul-baki Abdulai, has jailed aspiring Chiefs of Jopal village namely Nanyab Bilemlem, 64-year-old farmer, of the “Late Settlers” and Yekum Buyork, a farmer, 75, of the “Earlier Settlers” in connection with Chieftaincy clashes at Jopal in the Chereponi district of the North East region.

The two were arrested and arraigned before the Nalerigu District Court for their involvement in the recent Chieftaincy clashes which led to the death of one Jilijili Jabab, 39.

The two were charged with one count each of failing to notify the police of special event contrary to Section 1 sub-sections 1, 2 & 3 of the Public Order Act 1994, Act 491.

They pleaded guilty to the charges and were convicted on their own plea and sentenced to a term of 3 months each without hard labour.

The convicts will be serving their sentences at the Gambaga Prisons.

Also accused persons Disah Pemba, the chief of Tambong and Feme Nayeme Kofi Malba the paramount Chief of Chereponi were also served with Accused Summons to appear before the court to answer similar charges for their roles in enskinning the two rival chiefs for the Jopal Community.

The Chereponi paramount chief however tasked a sub- chief one Mohammed Kofi Kan to represent him whilst the Tambong Chief did not show up at all.

The Nalerigu District Court presided over by His Worship Abdul-baki Abdulai, directed that the two summoned chiefs must appear in person on the next adjourned date to answer questions on the recent clashes in the Jopal community.

One person was killed in a Chieftaincy clash at Jopal in the Chereponi district of the North East region.

The clash has resulted in several houses being burnt to ashes while women and children fled the community for safety.

The body of the deceased was found lying in a pool of blood under a tree when security personnel visited the community.

The body was inspected by the police and five pellets entry points found on the left side of his chest.

Police also retrieved 11 AA live ammunitions were from the pocket of the deceased trousers.

Another male, one Bokoa Boyiwor is said to have sustained gunshot wounds.

The North East Regional Police Crime Officer, Supt. Reuben Yao Dugah, who confirmed the incident to DGN Online, said a total of four houses were torched with one completely burnt to ashes while the other three partly burnt.

According to him, the Jopal village was inhabited by two groups of settlers identified as the “early ” and “late” settlers and that both groups are said to be skimming to have a chief of the village chosen from their respective families.

He indicated that the late settlers had earlier sought the blessing of chief Dassah Pieneba, a sub-chief of Chereponi traditional area, of Tanbong village to nominate and select a chief from their family while the early settlers on the other hand went to the paramount chief of Chereponi, Feme Nanyeme Kofi Malba to nominate, and enskin Yekum Buyork as the chief of Japol village.

This intended enskinment led to the intervention of DISEC to stop the event based on security concerns.

Supt Dugah said very late in the evening of same day the paramount chief of Chereponi reneged on his earlier assurances to DISEC and offered cola nuts in recognition of the authority of Yekum Buyork the candidate for the early settlers, over the village of Japol as chief.

On the return of chief Yekum Buyork and his elders to Japol, there was jubilation which the faction of the late settlers did not countenance which triggered the clashes.