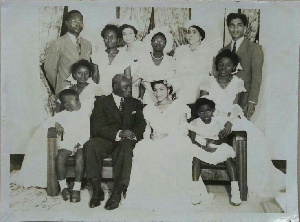 This 1951 photo shows Akufo-Addo as a page boy at J. B. Danquah’s wedding

One of the most beautiful things anyone might be seeing about Ghana’s president, Nana Addo Dankwa Akufo-Addo, today is this picture of him in 1951.

In the rare photo, the little Akufo-Addo shares a family portrait with his uncle, J. B. Danquah.

But even more significant in this photograph is the fact that the little Nana Akufo-Addo was a page boy at J. B. Danquah’s wedding in 1951.

The photo, shared by Ghana Facts & History on Twitter, shows the president as a little boy spotting a white outfit while sitting on the lap of a woman.

Seated to his left was his uncle, J. B. Danquah, who is a former Ghanaian statesman and lawyer.

Also seen in the photo is the wife of J. B. Danquah, the flower girl, and some other guests.

About J. B. Danquah:

Born on December 18, 1895, JB Danquah, known in private life as Nana Joseph Kwame Kyeretwi Boakye Danquah, was a Ghanaian statesman, pan-Africanist, scholar, lawyer, historian and one of the founding fathers of Ghan

During his political career, Danquah was one of the primary opposition leaders to Ghanaian president and independence leader Kwame Nkrumah. Danquah was described as the “doyen of Gold Coast politics” by the Watson Commission of Inquiry into the 1948 Accra riots. 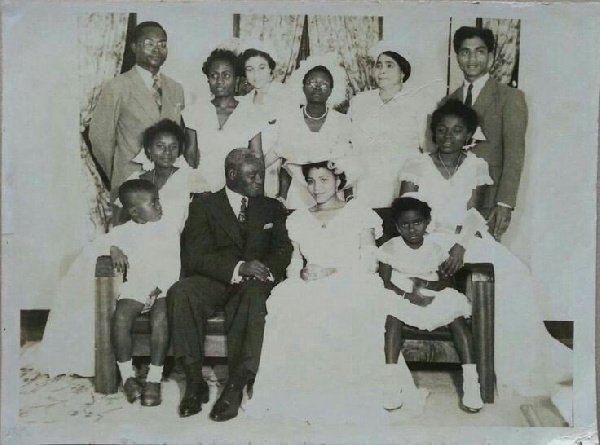