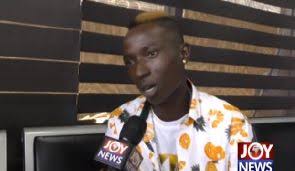 The Don fires Patapaa for snubbing the media

The host of ‘U Sey Weytin’, Prince Tsegah aka The Don has blasted Patapaa for snubbing the media when he was welcomed by the press on his arrival from his Europe tour at the Kotoka International Airport (KIA).

Patapaa who returned from his Europe Tour on Tuesday refused to speak to the media who were present to welcome him at the KIA.

According to him, the ‘one corner’ hitmaker exhibited arrogance towards the media and that is not good for his brand and puts his music career at risk.

He cautioned Patapaa not to complain when the media ignores him when he needs media coverage.

“Don’t forget, the next time you want press coverage and people are not getting friendly towards you because you put on such an attitude. when you need the media they will turn their back on you. That’s how it happens” The Don stated.

According to The Don, he has learnt a lesson from Patapaa’s media snub as a journalist because he will think twice in interviewing him becaue he might think he will put up an attitude towards him.

“Clearly I have learnt my lesson because when I see Patapaa coming I will pass the other side because I know this guy is coming to show some attitude,” he said.

The renowned presenter advised Patapaa not to be proud because of the little fame he has attained and that he should humble himself and learn in the industry instead of showing such an attitude.

“When you need the media, we will turn our backs on you.T hat’s how it happens. When you behave like this .so please learn because arrogance will not take you anywhere.” The Don added.