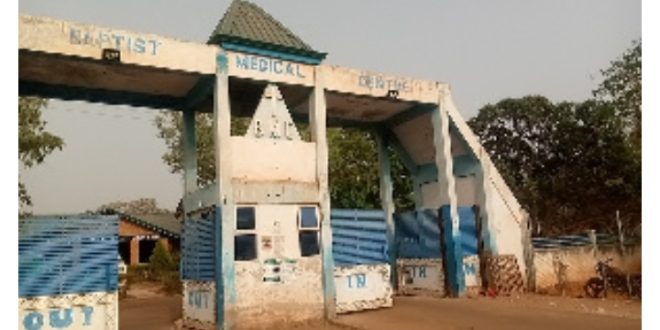 Share
Ten medical doctors are said to have refused to accept posting by the Ghana Health Service to the North East Region, especially, Baptist Medical Centre (BMC) in Nalerigu, the regional capital.

The Director of the Hospital, Mr. Addai Edward in an interview with GhanaWeb has bemoaned that only one person out of the ten doctors who were posted to the Region accepted the posting and the rest declined for reasons best known to them.

Mr. Addai Edward says the lack of medical doctors at the BMC hospital is affecting quality healthcare delivery and that doctors should accept postings to the hospital by the Ghana Health Service.

The North-East Region can boast of only three hospitals, namely, Walewale Government hospital, the Baptist Medical Centre(BMC), and the Binde hospital in Binde.

The Walewale hospital is the foremost government hospital in the Region with the other two hospitals being private but absorbed by the government.

The Director of the Baptist Medical Centre added that the hospital receives about 80,000 patients annually with only four permanent Doctors and ten physician assistants helping the Medical Doctors.

This he said is retarding quality healthcare delivery in the hospital.

Mr. Addai Edward is therefore appealing to the Government of Ghana and the Ghana Health Service to post Doctors to the Baptist Medical Centre in Nalerigu to support the Doctors at the hospital to boost healthcare services.

His appeal comes after the Doctors had refused to accept posting to the Region for that matter BMC while accepting posting to other Regions.